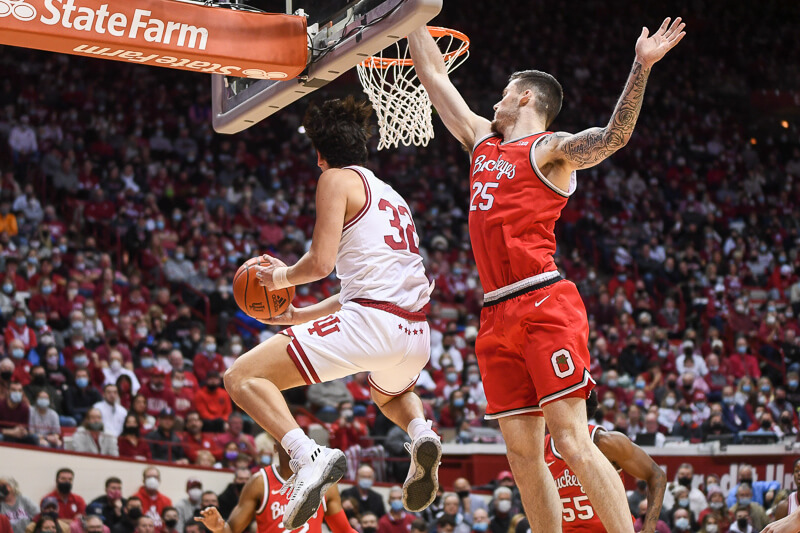 How it happened: Indiana entered Thursday’s game in Bloomington in need of a statement win. After a slow start that led to a 15-7 deficit early, the Hoosiers were the better team over the final 32 minutes in Bloomington. Trayce Jackson-Davis was dominant in the first half as he scored 16 of Indiana’s 33 points to lead the Hoosiers to a 33-30 cushion.

Ohio State kept things close for the first 10 minutes of the second half and got within one at 46-45 on a pair of free throws by Malaki Branham. But Indiana had an answer down the stretch. Unlike some of its close losses where it was unable to finish close games down the stretch, Indiana dominated the final seven minutes. A 9-0 run stretched a 52-48 lead out to 61-48 by the final media timeout with 3:20 to play. Indiana was able to stretch the lead out to as much as 17 down the stretch as the Hoosiers moved to 11-3 overall and 2-2 in Big Ten play.

Standout performers: Jackson-Davis recorded his 27th career double-double with 27 points and 12 rebounds in 34 minutes. Trey Galloway returned from a wrist injury and finished with eight points, four assists and three rebounds in 19 minutes off the bench.

Statistic that stands out: Indiana held Ohio State, the nation’s No. 8 offense entering the game according to KenPom, to just 51 points and .75 points per possession in the win. 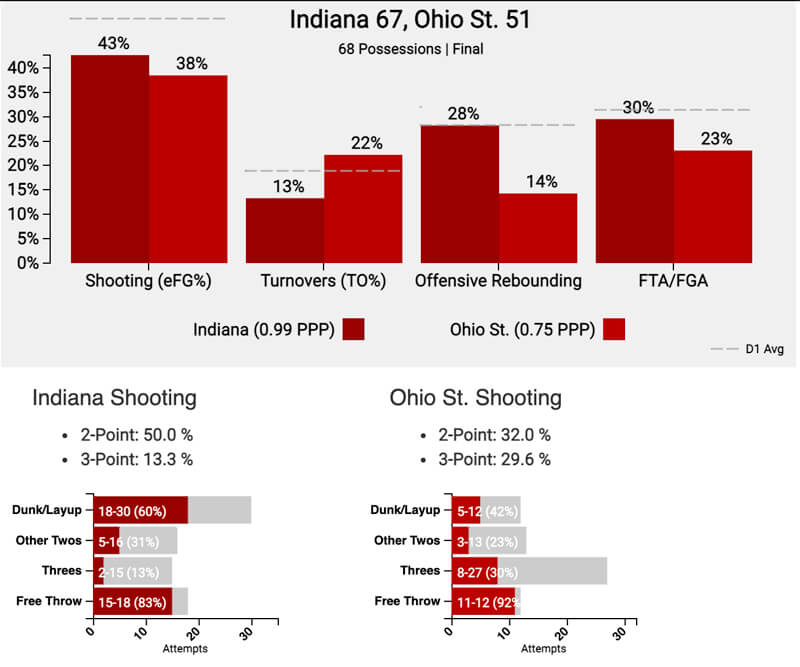 Why companies are turning to long-haul trains

NFL Playoffs: What We Learned From the Wild-Card Games