Jeopardy! champion Amy Schneider reveals her approach to being a trans celebrity

Already the highest-earning female contestant in the quiz show’s history and the woman with the longest winning streak, on Friday she became one of only four Jeopardy! players to reach seven figures in regular-season winnings.

During an interview with the Associated Press about her various accomplishments she revealed her approach to being a trans celebrity. 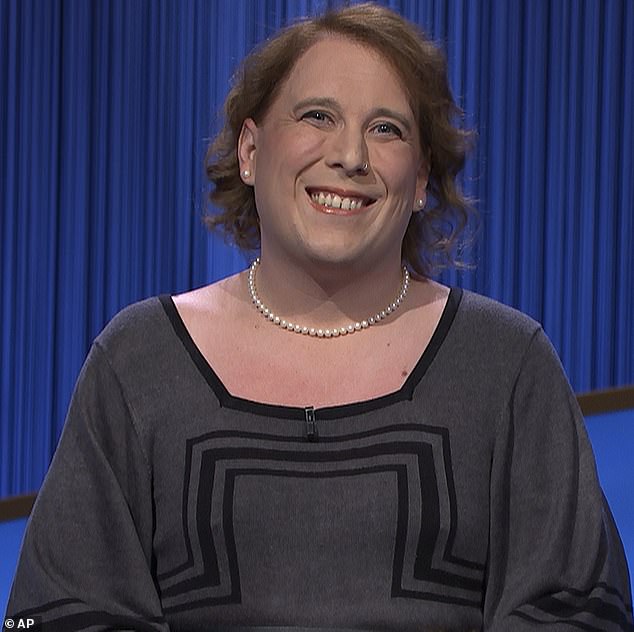 Although she has in the past publicly urged voters in her home state of Ohio not to vote Republican, she insisted ‘I don’t want my social media to be a place where people are arguing about politics all the time.’

She added: ‘But at the same time, I can’t ignore the fact that there´s people out there threatening my brothers and sisters in the trans community. Here I have a chance to say something about it, and I can’t be completely silent. I don’t necessarily want to be super-activist about it and constantly banging that drum.’

Schneider noted: ‘But I can’t be silent either, when I know that there’s so many people in danger of real hurt and harm from political policies.’

However she is also polite to her political opponents as ‘I grew up in a Republican household and a Catholic environment, and many people I love are conservative in various ways. I know them, and I know they’re not intentionally out there doing harm and that they have reasons for the positions that they hold. 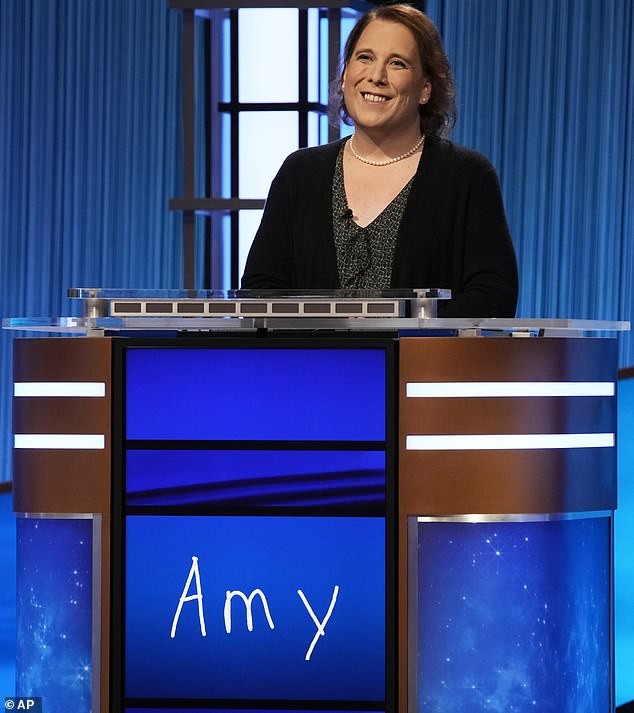 Accomplished: She is already the highest-earning female contestant in the quiz show’s history and the woman with the longest winning streak

‘So I want to engage people from (across) the spectrum where that’s possible. But it has to be in a condition where my right to exist is granted, otherwise we can’t talk.’

Schneider, who is also fourth in consecutive wins and is the first trans person to quality for the tournament of champions, will compete again Monday.

She is tickled by having fulfilled a prediction made by her 8th-grade classmates in Dayton, Ohio – she was voted most likely to be a Jeopardy! contestant, based on her geography and spelling bee prowess. 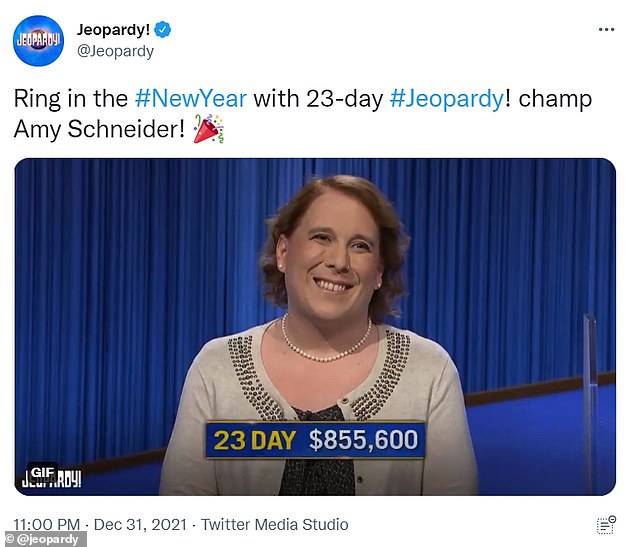 Her stance: During an interview with the Associated Press about her various accomplishments she revealed her approach to being a trans celebrity

She is an engineering manager living in Oakland, California and told the AP she has kept her day job but dreams of an entertainment career.

As for fame in general she said: ‘ Just seeing myself on TV still is almost a shock, even though I was there when it all happened. I thought I could win some games but I didn´t think I would do this well.’

Schneider dished: ‘The other day, my girlfriend mentioned some famous people that had gone to her high school, and I was thinking: “I know there was somebody who went to mine.” I looked it up on Wikipedia and there I was, listed…

And Just Like That… writers reveal David Eigenberg’s hearing loss…