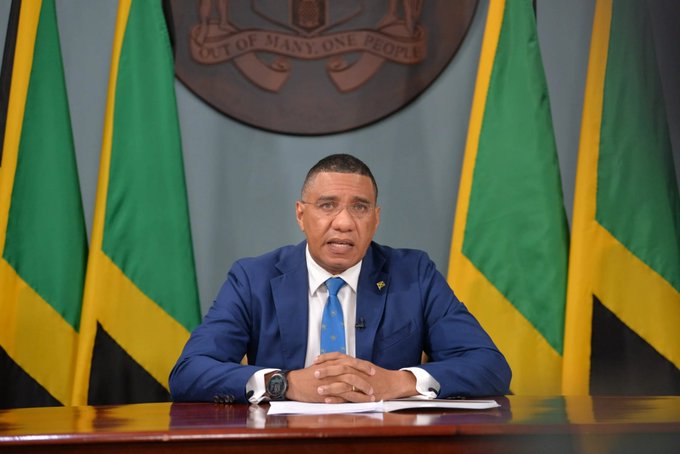 Prime Minister Andrew Holness has reshuffled his Cabinet with significant changes at the Ministries of Transport, Education and Agriculture.

A new ministry has also been created.

Robert Montague is no longer Transport Minister; he has been replaced by Audley Shaw. Shaw was at the Ministry of Industry, Investment, Commerce Agriculture and Fisheries.

Pearnel Charles Jr. is now the Minister of Agriculture and Fisheries.  He was previously in the Office of the Prime Minister as Minister of Housing, Urban Renewal, Environment and Climate Change.

The former Education, Youth and Information Ministry (MoEYI) is now the Education and Youth Ministry.

The Information Ministry has been moved to the Office of the Prime Minister (OPM) with Minister Robert Nesta Morgan, as Minister without Portfolio.  He previously served as a junior minister in the former MoEYI.

The new Ministry of Legal and Constitutional Affairs will be overseen by Marlene Malahoo-Forte, who now becomes a full cabinet minister. She has been replaced as Attorney General by former Contractor General, Dr. Derrick McKoy.

Floyd Green who resigned as Agriculture Minister last year returns as a Minister without Portfolio at the OPM.

Homer Davis, formerly Minister of State in the Ministry of Local Government and Rural Development, is now assigned to the Office of the Prime Minister in Western Jamaica to oversee and coordinate special projects and major developments.

New Ministers of State have also been appointed.

Zavia Mayne who was at Labour and Social Security  is now at National Security. Frank Witter is at Agriculture and Fisheries; Marsha Smith – Finance & the Public Service, J.C. Hutchinson – Transport and Mining.

According to a release from the Office of the Prime Minister, the changes take into account the need for greater focus and attention on constitutional and legal reform as well as improving the pace of development and passage of legislation through the Parliament.

15 Outstanding Products to Organize Your Garage in 2022