Rain to start off new year in NYC, with highs in mid-50s

The start of the new year will be a wet one in New York City – with periods of rain throughout New Year’s Day.

Rainfall will be anywhere from half an inch to 1 inch. Highs will be in the mid- to upper-50s.

The rain will end early Sunday morning and skies will clear up by the afternoon.

Monday will be much colder but sunny. 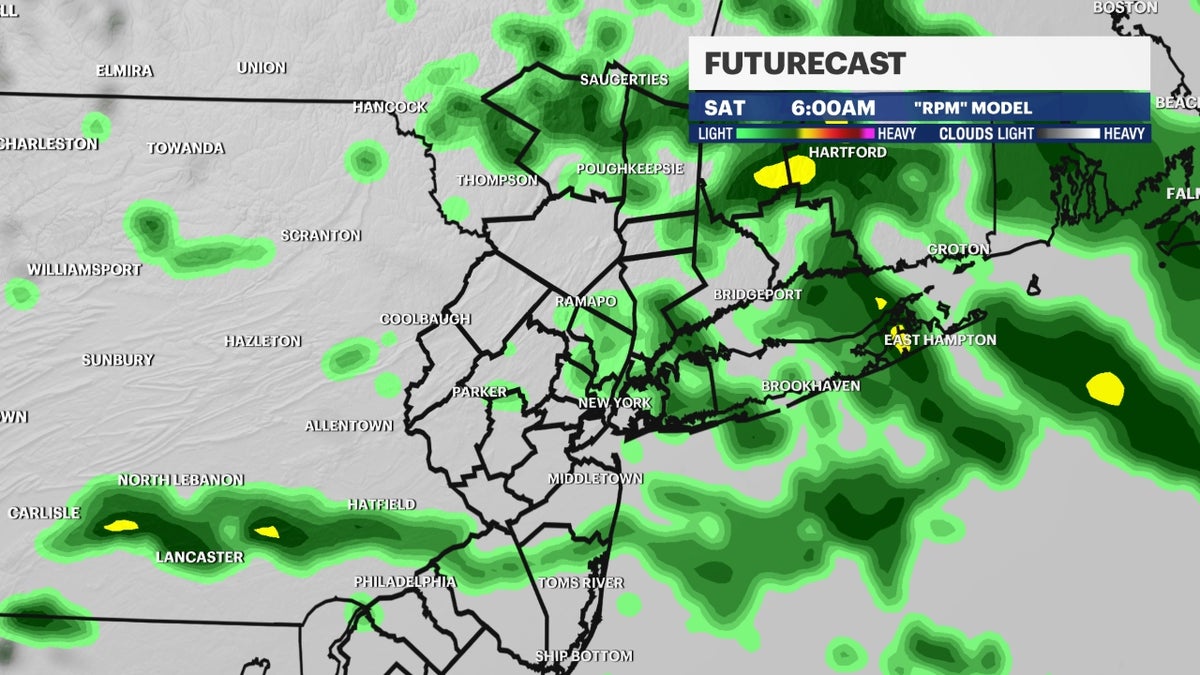 Periods of rain, highs from the mid to upper 50’s, winds south to
southeast from 5 to 10 mph.

Periods of rain (possibly heavy at times), lows from the low to
mid-50’s, winds southeast to west from 5 to 10 mph.

Remaining chilly and cloudy with showers early, highs from the low to
mid-50’s, winds west to northwest from 10 to 20 mph.

Clearing and cold, highs from the low to mid-30’s, winds northwest from
10 to 20 mph and gusty.

Clear and very cold, lows from the mid to upper 20’s, winds northwest
to west from 5 to 15 mph.

Cold and partly cloudy, lows around the mid-30’s, winds southwest from
5 to 10 mph.

Increasing clouds, highs from the mid to upper 40’s, winds southwest
from 10 to 15 mph.

Read More: Rain to start off new year in NYC, with highs in mid-50s

How Omicron Has Impacted NYC Restaurants

Bronx fire: Hospitals work to save critically injured after 17 killed, including