Space is changing. Webb is just the start, says ex-Israeli who was in from its


It’s a long, agonizing wait for astronomers. The James Webb telescope is coasting to its final orbit around the sun at “L2,” a point in space about a million miles farther out from the sun than Earth. It’s a spot that allows the telescope, the most sensitive and sophisticated instrument ever put in space, to keep all the major nearby sources of heat and radiation, whether Sun, Earth, Moon, or the telescope’s own electronics and attitude jets, safely to one side of its tennis-court sized heatshield.

A great deal has to go perfectly right. The heatshield, a stack of five unfathomably thin sheets of a material called Kapton, the thickest of them just five-hundredths of a millimeter thick, has countless points of failure in its unfolding machinery. The primary mirror, the first telescope mirror ever put into space in individually mobile segments, must deploy perfectly for the telescope to catch the hoped-for glimpses of the earliest universe. Reaction wheels, dozens of actuators that move and contort the mirror segments, a unique refrigeration system, the final correction burn delivering the telescope into its L2 orbit – all have to work perfectly, because no currently existing spacefaring technology will allow NASA to send anyone to fix it.

Webb is an astonishing gamble, a $10 billion megalith so complex and so promising it seems a hubristic provocation against the gods. Worryingly for the superstitiously inclined, everything seems to have gone extremely well so far. The launch from Earth was so perfectly aimed that NASA announced it would need less fuel for the correction burns, potentially extending the ten-year estimate for Webb’s operation by several years.

Shortly after Webb’s picture-perfect launch into space on Christmas Day, The Times of Israel caught up with Michael Kaplan, a former NASA engineer who headed the space agency’s telescope planning in the 1990s and was one of Webb’s initiators, for a video interview from his home in Colorado on how Webb has already pushed the boundaries of humanity’s engineering capabilities and will soon dramatically grow our knowledge of the early universe, on why Israel’s innovative culture can paradoxically make it bad at space engineering, and where the near future of space travel is headed.

Kaplan, 66, has spent a career in aerospace, from a decade at the US Naval Research Lab in Washington where he worked on space-based radars meant to counter Soviet ICBMs, to NASA, Ball Aerospace (the Colorado company that built Webb’s now-famous honeycomb mirror), Boeing to work on planetary probes, and finally, in a plot twist, a bittersweet five-year sojourn in Israel, where he became a citizen and worked closely with SpaceIL, the Israel Space Agency and the Israeli aerospace industry.

Kaplan moved back to the US in 2015, where he has worked on new space missions and weather satellite systems at companies like Raytheon. He is now a vice president at Belcan, a major American engineering firm and government contractor. 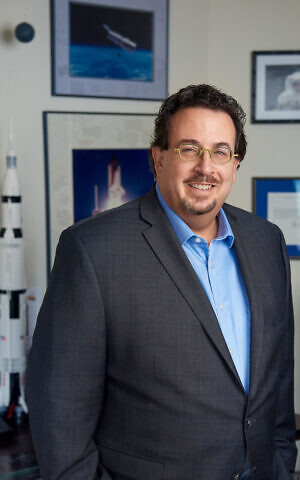 The conversation, which is edited for clarity and length, began with the…

Read More: Space is changing. Webb is just the start, says ex-Israeli who was in from its

Capturing All That Glitters in Galaxies

An Ocean May Lurk Inside Saturn’s ‘Death Star’ Moon